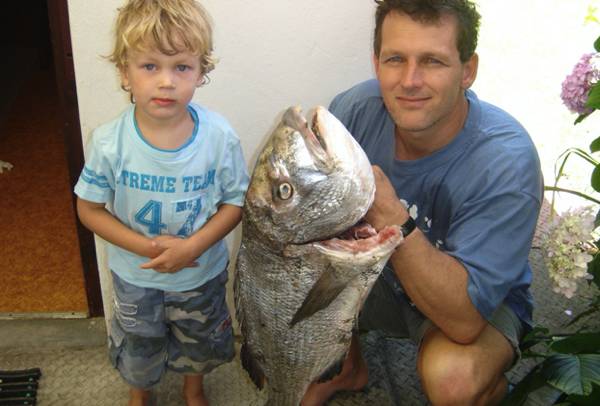 When I think back, it probably started with my affinity for devouring the best part of any fish, namely its head. From childhood I loved eating fish heads and my brothers and sister followed my culinary preferences without questioning. To this day, I value a Kabeljou head far above anything Jamie Oliver can dish up on a good day.

This lifelong commitment to the section of Pisces anatomy that is usually discarded into the nearest rubbish bin, in all likelihood served as the nucleus for my son Francois’ fascination in bones. He was about three years old when he first asked me if he could have the fish teeth after I finished off the head. From that day onwards, he started collecting everything from chicken drumsticks to sheep rib bones. I remember catching a 15kg Musselcracker (Sparodon durbanensis) from the rock in the Southern Cape and while everyone was admiring the fish, the three-year-old’s only question was if he could get the teeth. End result: two weeks later he had Musselcracker jawbones as part of his growing collection of artefacts. Years later his mother got a shock when she opened his bedside drawer only to find it stuffed with an impressive selection of the remnants of animal content that included cats’ claws, fish bones (lots of fish teeth), chicken bones, etc.

The so-called “light-bulb” moment in the youngster’s mind was when his cat delighted the family with a dead Cape Golden Mole (Chrysochloris asiatica), which was plonked down unceremoniously on the lounge carpet. By this time he was old enough to realise that to extract the bones from an animal, one was left with two options: cooking it or allowing it to rot on the compost heap. 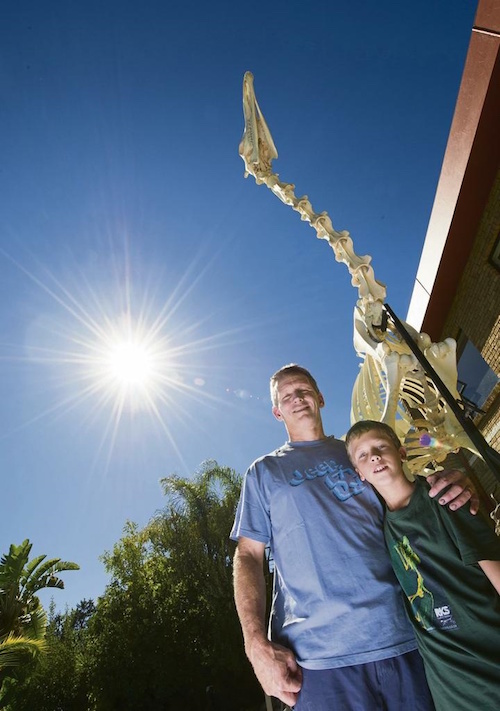 The wife was not keen on the former, so the compost route was followed. This ended up in a tragedy when the animal was carried off by other rodents or cats or whatever roams compost heaps at night. After an initial period of intense mourning, the boy directed his cat to every spot in the garden where the moles were active. While I am sure this had limited impact on the outcome of the hunting expedition, we were soon blessed by the timely arrival of another unfortunate dead “goldy”. This time the deceased was placed in the worm bin where it was safe from the onslaught of any potential roaming nocturnal species that frequent our yard. Our learning curve was clearly on an exponential tract.

Two weeks later the earthworms have cleaned off the animal and my son started with the tedious job of collecting the tiny bones with tweezers. Every single vertebra, rib bone and claw was collected – no mean feat and one that he has since not succeeded in repeating with a golden mole. To cut an already long story short: we started assembling the skeleton with the help of superglue and a strong dose imagination. I mention imagination because our joint knowledge of mole anatomy was limited to say the least. To make things worse, for some reason zero examples of a Cape Golden Mole skeletons could be found on Google – yep, strange but true. The mole was assembled and stuck to a piece of paper. Francois’ first complete skeleton of an animal saw the light and there was general festivities all round. The dear wife looked on in comical amusement, probably hoping that this would be a passing phase. She was wrong. It did not take long for the other two boys, Ryan and Nicholas to get involved in the various stages of cleaning the animals and the tedious task of skeleton assembly. It was the start of a journey that would take our family down interesting avenues. From a humble Cape golden mole to a majestic full-grown giraffe........